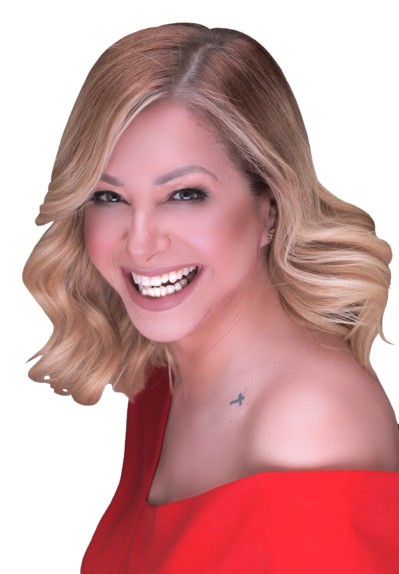 Kalliroi Petropoulou was born in Kalamata and lives in Athens. She is the mother of two children, Giannis and Dimitris. He graduated from the Lyceum of Ilioupolis and studied Computer Operation. At the same time, he worked all this time in the Prefecture of Messinia. He served in the Urban Planning of Kalamata and in recent years as special secretary of the Director of the Municipal Police of Kalamata.

After mature thought, she decided to resign after 23 years of work in the Public Sector, because she wanted to give her whole soul to her science. Her great love was the offer to people and how to alleviate the pain in their foot problems.

She has studied nail beauty and onychoplasty at Creative and then Podology at Academy of Podiatrists Greece for 3 years, which he completed with a six-month internship in nursing homes, asylums and hospitals in the country.

In addition, the IEK AKMI (Certified by the Ministry of Education) was completed with additional 2 years of study as a Technical Aesthetics of Podiatry , also with a six-month internship.

Participates continuously in all scientific conferences with Certificates of Participation.

It maintains 2 Podology Centers , in Kalamata as well as in Athens at Kolonaki Patriarch Ioakeim 18 .

With continuous training, experience and modern equipment, it treats diseases and podiatry problems of patients - clients, in harmonization with medical ethics. Provides industrial testing and patient support. It also provides specialized care to high-risk patients ( diabetic, psoriatic, hemophilic, rheumatic ) with modern therapeutic techniques. Cases that require medical follow-up are referred by the podiatrist to a doctor of similar specialty.

Has been an external collaborator with a non-profit purpose at Department of Diabetic Foot of the Regional General Hospital of Tzanio Piraeus , in Rehabilitation Centers, in the Football Team of Kalamata ΠΣ ΜΑΥΡΗ ΘΥΕΛΛΑ , σε Sports Teams of her city and not only, to the employees of the well-known Tobacco Industry KARELIA at Papadopoulio Papadopoulion House of Hospitality SA , in Humans Kalamata, as well as abroad partner again with non-profit purpose at Asylum for the Infirm and Nursing Homes in the city of Kalamata and Athens.

She has been a professor in the field of Podiatry in Public IEK as well as in private student companies where she also acts as a professor of podiatry and marketing.

Her help in the Greek Red Cross is well known, as well as the charity of its action almost daily , as well as the social and financial assistance to its fellow human beings throughout Greece at times when they were affected by natural disasters.

She has been a presenter-speaker at many Podiatry-Podiatry conferences in Greece and abroad, workshops as well as an opinion publisher of articles, works on podiatry topics .

Collaborates with large private Hospitals - Clinics and doctors of similar specialty depending on the case.

Cooperates with the companies: 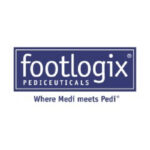 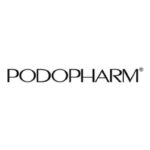 Treats diseases such as:

Diabetic foot, skin infections of the feet, calluses, hardening of the soles, dry skin of the feet, hyperkeratosis, heel stretch marks, warts, psoriasis, diseases and nail deformities, such as overweight, nail penetration into the skin and nail repair without surgery. It also treats complications of rheumatic foot, due to bone deformities, deformities of the toes and sole. At the same time, it recommends the performance of a foot scan in any diseases that require orthotic soles or aids, for immediate discharge and relief of the lower extremities.

Her concern is the protection of patients' health, which is why her Podology Centers are equipped and have the most modern equipment of the latest technology , such as: disinfectant , specialist tool drawer for storage / storage of tools with UV lamps , disinfection with chemical and antiseptic preparations certified by the respective EU services, as well as surgical medical sterilization oven state-of-the-art Sterilisator 75 MELAG and KLENZ ELFUR CK shoes .

Serves her fellow human beings with the ability to offer her podiatry services at home .

Finally, he is the author of a children's book on Podology and its importance from childhood.